Heatmap is an interactive visualization that displays your data points on a real map and signifies areas of low and high density.

In Holistics, you can use Heatmap to:

For demonstration purposes, we will try to visualize the population density of the United States to answer the question: "How is the US population distributed geographically?"

We have already cleaned the data and uploaded them to a public Google Sheet link.

You can import the file from the Google Sheet link using the Data Import feature. Instruction here.

First, select the Heatmap icon from the visualization pane

In the Viz settings, drag/type your lat and long to Latitude and Longitude fields respectively.

If you click on Get Result now, Holistics will display a heatmap that represents the density of cities in the US, which is informational but might not directly answer our question. 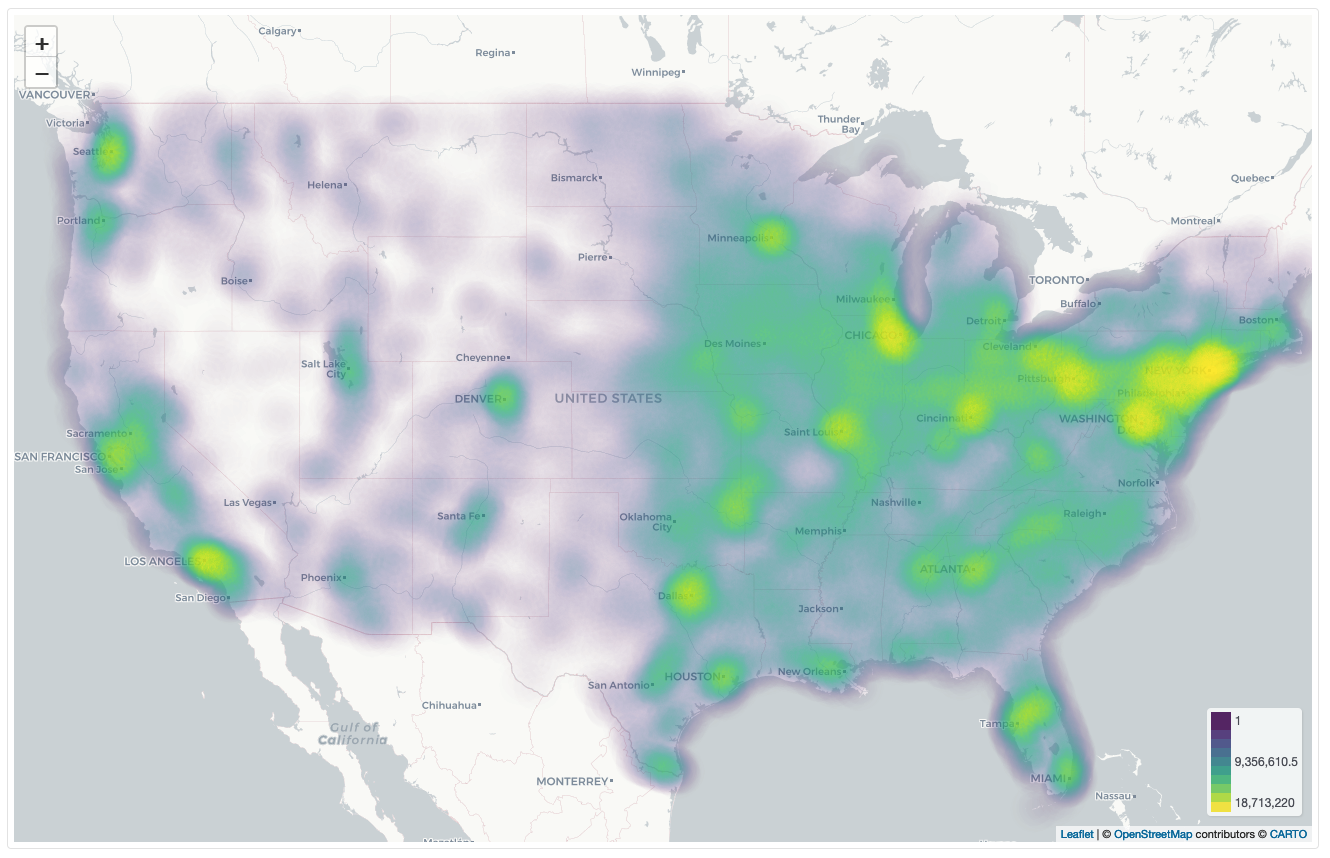 To visualize the population density, drag Population to Value, then click Get Results.

You might want to customize the color of the Heatmap to make the data "pop" out. To do so, go to Styles > Color formatting > change the color for min, mid and max value (in the image we set the min value to be green, mid to be orange and max to be red) From the image, we can conclude that most of US population is distributed in the mid-east part of the country, especially near the East Coast.

For example, we want to find out "Why is the US population distributed mostly in the mid-east of part of the country?"

We will change the map background to Satellite, and reduce the opacity (so the color does not hide the geographical characteristics of the map). We can immediately see that the mid-east part of the US is covered with mountains and plateaus, which are hardly habitable!